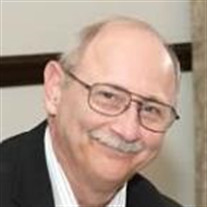 Craig MacMurray of Lake Villa, Illinois, age 64, passed away peacefully on Friday, February 28, 2020. Craig was born on November 11, 1955 in Chicago Heights, Illinois to mother, Shirley (Westphal) MacMurray and father, the late Charles G. MacMurray. Craig grew up in Flossmoor, Illinois and graduated from Homewood-Flossmoor (H-F) High School. Craig earned his Bachelor’s Degree from Cornell College in Mount Vernon, Iowa where he majored in Political Science and Sociology. He was a member of the Mu Lambda Sigma or MILTS fraternity at Cornell. Craig loved the work of first responders and after college worked as a cadet and then a state-certified firefighter, engine operator and rescue specialist instructor with the Flossmoor Fire Department. Craig also served as an Auxiliary Police Officer in his hometown of Flossmoor. He learned to scuba drive and went on to become diver-rescue certified as well as becoming a paramedic. Craig received his Master’s Degree in Safety from Murray State University and served on the volunteer rescue squad in Murray, Kentucky before moving to Indianapolis to work in Call Center Customer Service for Cingular Cellular and AT&T Wireless. Craig later moved to Rantoul, Illinois and later to Chicago and Bloomington, Illinois for work in different management and training roles for call centers in the restaurant and financial industries. Craig loved canoeing on local lakes, reading, playing with the many dogs in the family, making friends via HAM Radio and most of all, watching movies and spending time with his family. Craig’s friends and colleagues over the years remember Craig as a highly respected professional, and a kind and loyal friend who was fun to be around. He could answer most any Jeopardy question and always looked to help family and friends through his words and deeds. Craig is survived by his mother, Shirley MacMurray of Anderson, Indiana, brother Dr. Bruce (Sheila) MacMurray of Anderson, and sister Kristin (George) Schmelter of Lake Villa, Illinois. He was a very loving uncle to his nephews Nick MacMurray of Boulder, Colorado, Ben (Heather) MacMurray of St Paul, Minnesota and Alex Schmelter of Lake Villa, Illinois, and his niece Samantha (Christopher) Pirrello of Bloomington, Illinois. He is also survived by his aunt, June Westphal and cousins, Larry Westphal and Sandy (Pete) Dobberfuhl. He was preceded in death by his father, Charles G. MacMurray. Private services will be held. In lieu of flowers, donations may be made in Craig’s memory to a charity of the donor’s choice such as a local volunteer fire department, first responders, your church or The Society of St. Vincent de Paul in your local community to help those in need.

The family of Craig MacMurray created this Life Tributes page to make it easy to share your memories.

Send flowers to the MacMurray family.