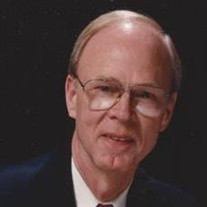 D. Michael Bradley (Mike), 77, passed away peacefully with his wife and daughter Heather by his side after a long battle with cancer on December 29, 2016 at his home in Lindenhurst, Illinois. He Mike was born September 28, 1939 in Kenosha, Wisconsin. He grew up in Zion, Illinois, spending much of his time as a young boy with his brothers and cousins at his grandparent’s farm in Kenosha. After graduating from Zion Benton High School in 1957, he started working at Abbott Laboratories in North Chicago. He met and fell in love with Hilda Davis and they married in April of 1966 and moved to Libertyville, Illinois where they lived when Heidi was born. Mike continued to work at Abbott, traveling around the world, primarily Central and South America and even living in Caracas, Venezuela for over 2 years. After moving back to the states, they settled in Lindenhurst, Illinois, where they lived when Heather was born. In 1977, Mike changed careers and became a licensed real estate agent working for Poe & Poe Realtors in Waukegan, Illinois for several years, eventually getting a brokers license and managing their location in Antioch, Illinois. In late 1986, he opened his own office, Benchmark Realty in Gurnee, Illinois. He continued to run the office, sell houses and build houses until he retired in 2015. Mike loved to build things, his lifelong passion for it showing in so many ways. His second career revolved around building homes for people as well as helping people find homes to build lives in. He was a highly skilled woodworker and loved to make beautiful furniture and smaller pieces for the homes of friends and family. Mike was a diehard Green Bay Packers fan, cheering them through ups and downs, but never wavering. He was also happy that he was able to see the Chicago Cubs finally win the World Series. He is survived by his wife of 50 years, Hilda Bradley; his daughters Heidi Bradley Alexander (David) of Crystal Lake, Illinois and Heather Bradley of Atlanta, Georgia; his grandson Caden Alexander; his brother Thomas Bradley of Zion, Illinois; nieces Casey, Kymberlee and Stephania; cousins Nan and Rich. He was preceded in death by his parents Harold Bradley, Sr. and Esther (Falk) Oglesby; and his brother (Harold) Kenneth Bradley, Jr. A memorial visitation will take place on Tuesday Jan. 3 from 4-7 pm with a service starting at 7;00 pm at Ringa Funeral Home 122 S. Milwaukee Ave. Lake Villa, IL. In lieu of flowers donations to American Cancer Society 100 Tri State International #125, Lincolnshire, IL 60069 would be appreciated.

D. Michael Bradley (Mike), 77, passed away peacefully with his wife and daughter Heather by his side after a long battle with cancer on December 29, 2016 at his home in Lindenhurst, Illinois. He Mike was born September 28, 1939 in Kenosha,... View Obituary & Service Information

The family of D Michael Bradley created this Life Tributes page to make it easy to share your memories.

D. Michael Bradley (Mike), 77, passed away peacefully with his...

Send flowers to the Bradley family.