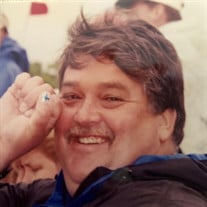 Jaakko 'Jaska' Kaarlo Kytola, 68, Grayslake, passed away peacefully the evening of Friday, September 7, 2018 at the Warren Barr rehabilitation center in Lincolnshire. His youngest daughter, Susan Kytola and her husband, Jason Wylie, were with him before he transitioned. Jaska, son of Matti and Sanni Kytola, was born on March 1, 1950. After graduating high school in Karijoki, Finland, he lived in Sweden for four years before serving a year in the Finnish Army. He married his life-long partner, Terttu Tellervo Kytola (née Mikkola) in 1973. Soon after giving birth to their first daughter, Mia Kytola, the family immigrated to Gurnee, Illinois, USA. Later, the family moved to Lindenhurst where they welcomed their second daughter, Susan Kytola in 1979. Jaska worked for most of his life as a painter and owner of his own business, Jaska’s Painting and Decorating. A fiercely loving father and devoted husband, Jaska was his daughters’ number one cheerleader and led by example when it came to working hard and being a good, kind man. Jaska never met a person who wasn’t already his friend and who didn’t have a seat at his table. He had an uncanny ability to set and serve jokes in a way that never was at the expense of others. The mischievous twinkle in his eyes and hearty belly laugh were often a pre-cursor for a newcomer to be initiated into the Kytola clan and the best seat in the house was always next to wherever Jaska was. A speed aficionado, Jaska loved cars, boats and a good game of chance (he had a mean poker face). A true Finn at heart, he loved the winter season, being outdoors and celebrating Christmas with his loved ones. Jaska leaves behind a group of friends and family from near and far who are devastated by this gentle giant’s parting. Jaska is survived by his wife Terttu, his children Mia (married to Amir Khan, grandpup Oscar) and Susan (married to Jason Wylie, step-grandchildren Michael and James) and his loyal pup Gizmo. He is also survived by his mother Sanni, brothers Antti (Tuula) Kytola, Sauli (Raija) Kytola and sisters Leena Laine, Kaisa (Rob) Smit, Elissa Kytola, Tiina Kytola, his sister-in-law Seija, and his deeply beloved nieces, nephews and extended family. With his parting, Jaska joins his father, Matti, brothers Matti (Sinikka), Heikki, Esa, and Seppo Kytola, brothers-in-law Veikko Laine, Aimo Mikkola, Leo Mikkola, and his father-in-law Yrjo Mikkola. The family invites those who loved and laughed with Jaska to pay their respects on Sunday, September 23, 2018 at Ringa Funeral Home, 122 S. Milwaukee Ave., Lake Villa, IL 60046. Visitation will be from 1-5 pm, with the memorial service starting at 4pm. Expressions of sympathy as desired by friends and family may be sent to Ringa Funeral Home (122 S. Milwaukee Ave. Lake Villa, IL 60046 USA) or in the form of a charitable donation in Jaska’s name to the National Stroke Association (www.stroke.org). Special thanks The family would like to express their deep gratitude to the multiple caregivers and staff who lovingly helped care for Jaska during the final chapter of his life. The relationships that developed during the last years of Jaska’s life brought him joy and laughter, even through times of physical pain. With the wind I surround and hug you. With the sun I comfort you. With the moon I catch dreams with you. With the stars I shine with you. And in the water I ebb and flow with you. -Mia Kytola

The family of Jaakko 'Jaska' Kytola created this Life Tributes page to make it easy to share your memories.

Send flowers to the Kytola family.