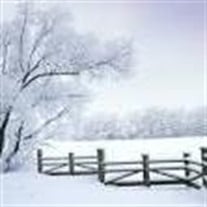 John Henry Schroeder III, also known as “Big John”, of Lake Villa, IL, passed away peacefully at home in the care of his loving wife, Nancy, on Nov. 29, 2019, at the age of 73. John was born Sept. 26, 1946, in Chicago, IL. John was an expert in all aspects of HVAC and became a retired member of Pipefitters Local 597 union after 45 years of dedicated service. His many positions and interests included: President and Sunday school teacher at Good Shepherd Lutheran Church of Lake Villa, HVAC Engineering Technology teacher at the College of Lake County and a member of the NRA (Lifetime), Ducks Unlimited and the AM General Hummer Club. John was an avid outdoorsman who enjoyed hunting, fishing, crabbing, range and skeet shooting, horse racing and attending Hummer outings to test the limits of his H1 through extreme conditions and terrain. John loved woodworking, listening to music and playing the guitar. He loved eating foods made with some of the hottest peppers on Earth and inspired a similar love of them with his son. He was always up for anything when it came to playing with his grandchildren, such as shooting Nerf guns, drawing monkeys, coloring, making pizzas and watching movies together. He liked taking road trips, even when lost he never seemed to mind - and neither did his daughter because it’s all about the journey not the destination. John could always be depended upon and provided support and loving arms whenever his wife needed him. He was a great listener, gave the best hugs and showed his unconditional love to his family daily. He had the biggest heart and was always willing to help others in need without judgement. John had a larger than life personality and a unique sense of humor. Known for pranks and wild stories, he always left everyone in awe and stitches. John was the proud winner and runner up in more than one Championship Oyster Eating competition and once drank a full glass of mustard to win a $5 bet from his cousin, Mike Goode, whom he loved dearly and considered a brother. It was also not uncommon for John to be a competitive and fun-loving opponent, and would gloat in the most creative of ways, especially if playing cribbage with his family. John married Nancy Karen (nee Rosenstein) Dec. 19, 1969, wed for just shy of 50 years. He was a fiercely devoted father to John Henry Schroeder IV (Jessica) and Victoria Lynn Schroeder (Ryan), and proud and loving grandfather to Kyle Christopher James Foster-Bailey, Jonathan Peter James Foster, John Henry Schroeder V, Owen Kyle Schroeder and Colette Erin Rose Connor. John is the brother to Candice Violet Schroeder and cousin to Patricia Anne Goode-Weber, Michael Charles Goode, Robert Jack Goode and Jon Lawrence Goode. John was preceded in death by his loving parents, Violet Victoria Schroeder (nee Rydin), John Henry Schroeder II of Chicago and his foster father, Ed Pfingsten. John’s faith in God never wavered. May he rest peacefully in the arms of our loving God in Heaven. A pure joy to be around, he will always be in our hearts and greatly missed by all that had the pleasure of knowing him. A memorial visitation will take place on Monday, December 9, 2019 from 4 - 8 pm at Ringa Funeral Home 122 S. Milwaukee Ave. Lake Villa, IL with a service starting at 7:00 pm.

The family of John H Schroeder III created this Life Tributes page to make it easy to share your memories.

Send flowers to the Schroeder family.