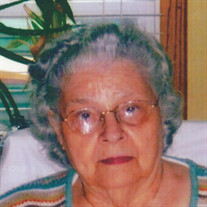 June Hutson Maltese, 89, passed away on Sunday, March 5, 2017, June was born in Chicago on June 13, 1927, the daughter of the late Frank and Anna Depierrro. She was fiercely dedicated to her family and will be remembered as a loving mother,... View Obituary & Service Information

The family of June Maltese created this Life Tributes page to make it easy to share your memories.

Send flowers to the Maltese family.