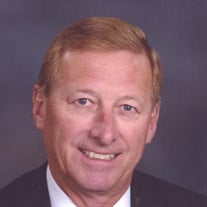 Robert J. Ringa, Jr., 67, of Lake Villa, IL and Long Lake, IL passed away on Thursday, November 10, 2016. Bob was born in Chicago on September 23, 1949, the son of the late Robert and Lorraine Ringa. Bob graduated from St. John's Military Academy in Delafield, WI, earned a B.S. from the University of Denver in 1971, and graduated from Worsham College of Mortuary Science in 1972. Before assuming leadership of the family funeral home in Lake Villa, he served as Vice President of a major furniture manufacturing company for twenty years. Bob also served as president of the Lindenhurst-Lake Villa Chamber of Commerce for four years and has served on boards of directors for many additional community organizations in Lake Villa and the surrounding communities. He was a lifelong member of Prince of Peace Church, serving as an usher for many years. In addition to his family, Bob's passions in life were sailboat racing on Long Lake, duck hunting, and funeral service. He is survived by his wife Robyn; sons RJ III (Megan) and Andrew (Colleen); and grandchildren Maceo, Lincoln, and Lanigan. He was preceded in death by his parents and by his sister Janet. Visitation will be 1 - 5 p.m. on Sunday, November 13, 2016 at Ringa Funeral Home, 122 S. Milwaukee Ave. Lake Villa, IL 60046. Additional visitation will begin at 9 a.m. Monday, November 14, 2016 at the funeral home with prayers beginning at 9:30 a.m. A funeral procession will follow to Prince of Peace Church for a 10 a.m. funeral Mass. Burial will be at Ascension Catholic Cemetery.

The family of Robert J Ringa Jr created this Life Tributes page to make it easy to share your memories.

Send flowers to the Ringa family.