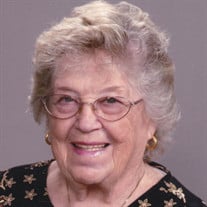 Shirley Jane Zunker, of Gurnee, passed away on Thursday, August 12th, 2021 in Libertyville, IL. Shirley was born in Thiensville, WI on March 12th, 1936 to the late Harry and Nathalka (nee Hoffman) Boesch. She spent her childhood in Thiensville and graduated from Thiensville High School in 1954. Shirley was married in 1956 and they moved to Park Ridge, IL to start their family. In 1963 they moved to a large home with several acres in Arlington Heights, IL and that is where they raised their four children Kevin, Kent, Kelly and Kay. While living in Arlington Heights they became members of St Peter’s Lutheran Church and in addition to regularly attending church, they also put all of their children through Lutheran grade school. In 1970 Shirley and her husband bought some farm acreage in Reedsburg, WI and together with their children, spent most every weekend for the next 10 years working and playing on the “farm”. The family also enjoyed annual long driving vacations across much of this beautiful country. In 1979 Shirley moved to a smaller suburban home in Libertyville, IL and in 1980 they divorced. Shirley went on to work in retail and at Quill Corporation in the Credit and Collections department and retired in 2006. In her spare time, Shirley loved quilting, crocheting, and crosswords but she also took up golf and even tried downhill skiing with her eldest son in Colorado. She also enjoyed vacationing on Hilton Head Island with her friends and family. Shirley loved to spoil her grandkids with little gifts and was always at the ready with a hug – she loved her hugs! She continued her regular church attendance throughout her life and if she wasn’t singing in the choir, she would certainly be singing along from the pews to her favorite hymns. She is preceded in death by her parents. She is survived by children Kevin (Carol) Zunker, Kent (Debbie) Zunker, Kelly (Darla) Zunker and Kay (David) Dummer; grandchildren Michelle, Christopher, Jamie, Jared, Danielle, Samuel, Rebecca and Kyle and was a great grandmother of 4. Shirley is also survived by her siblings Betty (the late Earl) Plank and Janet (the late Robert) Wendtland. Memorial visitation will be 10-11 a.m. on Friday, August 27, 2021 at St Mark Lutheran Church, 1822 E Grand Ave, Lindenhurst, IL 60046. A memorial service will begin at 11 a.m. at church. In lieu of flowers, please consider a donation to the American Diabetes Association https://diabetes.org.

Shirley Jane Zunker, of Gurnee, passed away on Thursday, August 12th, 2021 in Libertyville, IL. Shirley was born in Thiensville, WI on March 12th, 1936 to the late Harry and Nathalka (nee Hoffman) Boesch. She spent her childhood in Thiensville... View Obituary & Service Information

The family of Shirley Zunker created this Life Tributes page to make it easy to share your memories.

Shirley Jane Zunker, of Gurnee, passed away on Thursday, August...

Send flowers to the Zunker family.