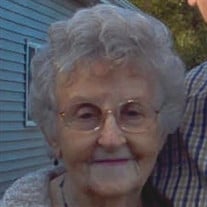 Virginia K. Abraham, 86, nee Rohlinger, passed away on Sunday, August 31, 2014. Born in Lomira, Wisconsin to the late Matthew and Rose Rohlinger. Beloved wife of Albert J.; loving mother of Ron (Kathy - deceased), Dennis (Cathy), Sharon (John) Mitchell, Claudia (Robert) Bergen, Steven (Anita), Rose (Scott) Malcolm, Susan (Gordon - deceased) Olsen and Greg (Barb); dearest grandmother of eleven, great grandmother to sixteen. Dear sister to Roy (Jeanette) and Norbert and the late Marion (Paul) Trauba. Fond Aunt to many nieces and nephews. 50 year resident of Wheeling, founding member of St. Joseph the Worker church and parish, most recent resident of Lake Villa. Virginia and Al met at a high school basketball game, dated for 5 years and married in Fond du Lac, Wisconsin in 1949. There they started their family before moving to their home in Wheeling, ten years later. She was involved in her children's lives by being a den mother to cub scout troops, a brownie leader and a girl scout leader. She was a very devout Catholic, following her faith to the point of joining the Secular Order of Discalced Carmelites. She devoted much of her time to the parish and it's community, from volunteering at church bazaars to cooking for the priests and laundering their cassocks and ironing altar cloths. She enjoyed spending her free time sewing, playing Bingo, solving crossword puzzles, building jigsaw puzzles and playing cards. She and Al spent much of their time together gardening and attending activities related to Al's car and airplane clubs. When symptoms of Alzheimer's disease became too much for her family to care for her at home, assistance was sought and that help was graciously provided by the caring people at Paradise Park Assisted Living Facility in Fox Lake, Illinois. She battled through the advanced stages of the disease for years, until recently losing the fight. In her final days she was surrounded by her loving family; husband, children, grandchildren and great grandchildren, an environment of peace and comfort for her transition to her heavenly home. She is loved dearly and will be remembered fondly. Visitation will be from 4-8 p.m. on Wednesday, September 3, 2014 at Ringa Funeral Home, 122 S. Milwaukee Ave (Rte 83) Lake Villa, IL 60046. Prayers will begin at the funeral home at 9:30 a.m. Thursday, September 4, 2014 followed by a procession to Prince of Peace Catholic Church for a 10 a.m. Mass. Burial will follow at Ascension Cemetery in Libertyville, IL. In lieu of flowers, please consider a donation in Virginia’s memory to the Alzheimer’s Association. For more information, see www.RingaFuneralHome.com or call 847-356-2146.

The family of Virginia Abraham created this Life Tributes page to make it easy to share your memories.

Send flowers to the Abraham family.